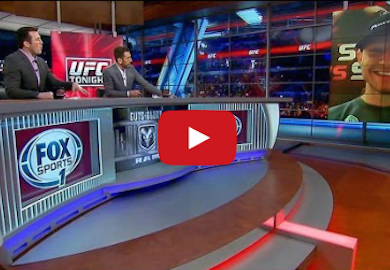 Cub Swanson on his upcoming fight with Jeremy Stephens.

“I’ve always said maybe I don’t hit that hard, but I’m pretty accurate, I keep a gnarly pace and it doesn’t matter how I’m getting the W’s.”

Swanson on how the fight will end: “It ends with his missing me because of my head movement and me taking it to him.”

Swanson on how he’s prepared for fighting in the five-round main event: “I prepared for five rounds early in my camp, but I’ve forgotten about that now. I’m just preparing for two rounds because that’s all I need.”

Swanson on why he should get a title shot with a win: “This would be six wins in a row for me. I’m on point, looking sharp, I’m hungry and it’s my time. This is 11 years in the making, and it’s about time I get the title shot.”