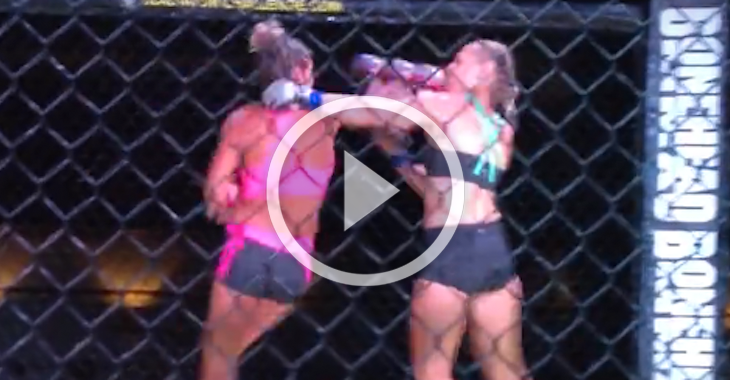 Knockouts in the world of women’s MMA don’t come by often, let alone first round spinning backfist knockouts. Lisa Jeanson is the lady throwing the spinning attack and she DROPS her opponent. Luckily for her opponent, Jeanson caught her before her head bounced off the canvas.

Before you watch, you may want to turn the volume down; It gets pretty loud at the end.