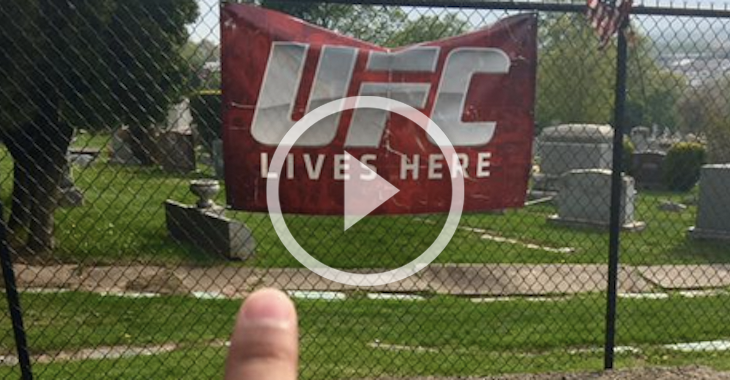 Jimmy recently launched a campaign to raise awareness of bad behavior. It’s called “The Finger Of Shame.” Here’s how it works: if you see someone doing something inconsiderate in public, point at them, take a picture of the thoughtless act they are committing. Apparently, UFC recently made an appearance on the segment of the show! Why is the UFC banner hanging up next to a cemetery?