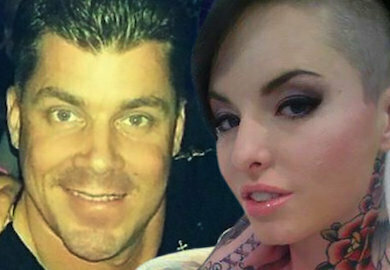 The other man has been identified.

Corey Thomas — the guy War Machine beat up before attacking Christy Mack — has the distinction of being on a reality show riddled with tales of violent crime — including murder.

Corey — who made a fortune in web design — was one of the stars of VH1’s “Megan Wants a Millionaire.” You may recall his co-star Ryan Jenkins hanged himself in 2009 … days after killing his wife, cutting her up, and stuffing her in a suitcase which he deposited in a dumpster.

Corey’s now got his own problems … a broken nose and 2 black eyes. War Machine allegedly also bit him on the face.