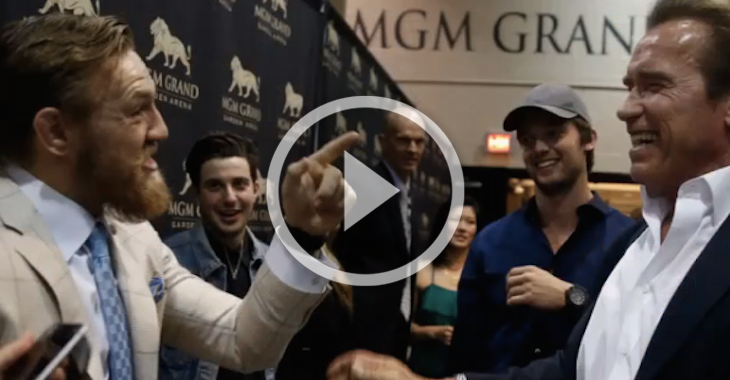 Arnold Schwarzenegger’s presence was surely felt throughout UFC 187 as fighters and fans alike flocked to him for pictures during the show! UFC Women’s Bantamweight Champion Ronda Rousey made her way to Schwarzenegger during the show. Schwarzenegger eventually made his way backstage and took pictures with Daniel Cormier and Chris Weidman as well as Conor McGregor! Check out the video below!

Looks like @schwarzenegger had an amazing night tonight at #UFC187!