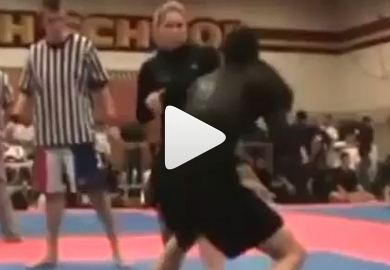 UFC Women’s bantamweight champion Ronda Rousey posted the following video to her Instagram of her competing in a Jiu-Jitsu tournament back in 2009 where we can see Ronda using her Judo skills to throw her opponent, who unsuccessfully tries to pull guard.