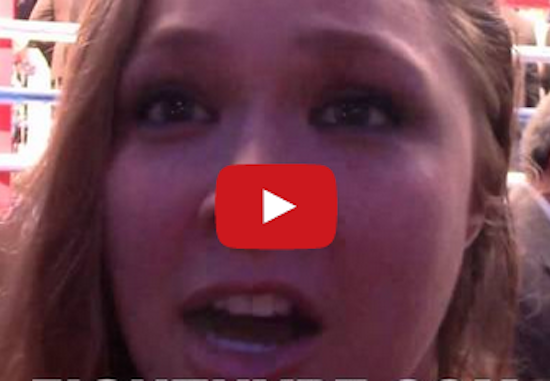 “Hopefully I’ll be fighting Cat Zingano January 3rd. I haven’t got the official word yet. I’m ready to fight right now if they call me,” stated UFC bantamweight champion Ronda Rousey, who is eager to face top challenger Cat Zinganao at UFC 182 on January 3.