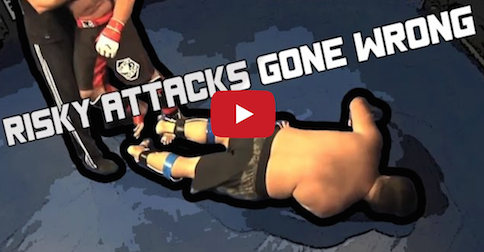 When flashy attacks like wheel kicks, superman punches off the cage, the showtime kick, and others of the sort land, it generally makes for an incredible highlight reel KO.

However, that isn’t always the case, as pointed out in this hilarious video, showcasing the biggest fails in MMA history, as well as risky attacks going wrong.