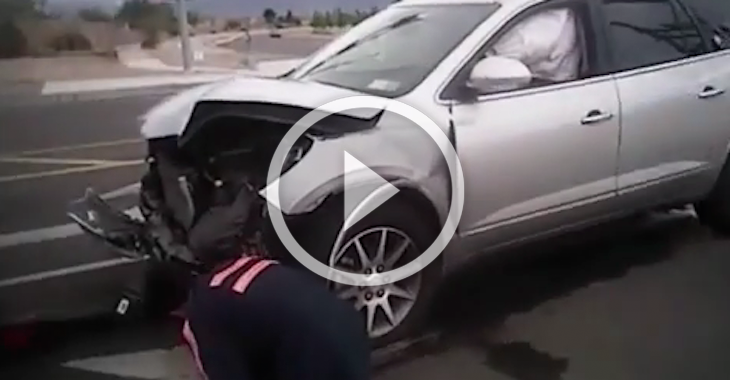 Early in April, Jon Jones allegedly fled the scene of a hit and run where a lady was left injured. Jones apparently caused a three car accident, grabbed some cash, and ran off into the distance. The audio from the 911 call and on-scene footage of the accident has been leaked and you can watch it above!

Jones turned himself in nearly twenty-four hours after the incident and was ultimately stripped of his UFC Light Heavyweight Championship.

Jones is awaiting a court date and it is not clear if he will return to the octagon. However, UFC President Dana White has said that Jones would receive an immediate rematch upon his return to the cage.