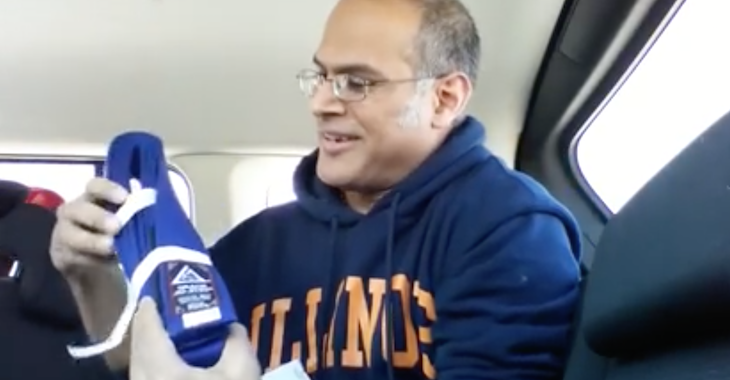 Apparently you really can get anything off of the internet.

There’s a report, from bjjee.com, that states a man in Texas has earned his Jiu-Jitsu blue belt without ever actually rolling, or grappling. The guy simply demonstrated a few techniques in front of a camera and received a blue belt in the mail.

The report also has a statement from Kron Gracie, commenting on his cousins Ryron and Rener who run the Gracie University, where the guy supposedly got his blue belt.

“It’s a shame the way the Jiu-Jitsu is being sold. I am ashamed to say that Ryron and Rener teach classes online, and that you can get a belt from a Gracie over the internet. I am sad to know that it’s happening now. Unfortunately, I can not do anything. I do not own the world, I can only control what I do. Jiu-Jitsu is a martial art. You need to put your blood in the gym, hang out with your teacher and earn the belt. It’s something you do not get with time, experience for money and friendship.”

What do you guys make of this?