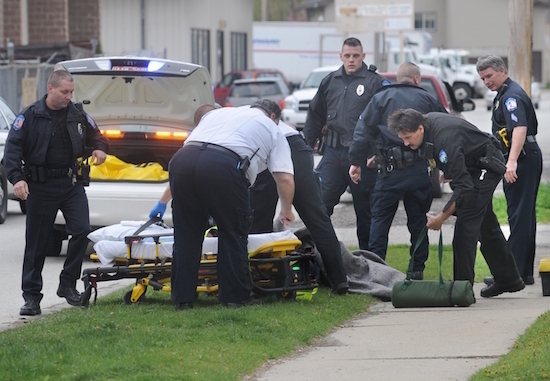 Reports are circling this morning, on the global front, regarding a drive-by shooting that recently took place in The Netherlands.

Bloodyelbow.com’s Karim Zidan, breaks it down:

According to several local news outlets, Nijman, who allegedly holds ties to Dutch organized crime, was gunned down while sitting in his car in front of his own gym. It appears the assailants used automatic weapons to execute Nijman, before taking flight and burning their cars in a nearby town.

Nijman, 55, faced several police investigation over the past few years for various crimes, including drug trafficking and extortion. Nijman’s gym, Top Team, is partially owned by his business partner Dick Vrij, who recently returned to prison voluntarily for fear of his life.

The Beverwijk native fought under the Pride banner in 2000, when he lost to Kazuyuki Fujita via submission. His most notable opponent was Cheick Kongo, to whom he lost to in his last professional fight in 2003.