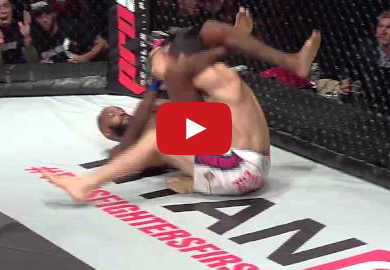 Last night was Titan FC 30, where former UFC fighters Vinny Magalhaes and Jason Brilz went head to head for the Titan FC championship. In the co-main event Walel Watson, who was on BJPENN.com Radio last weekend came back from the brink of defeat to win by triangle choke.

Check out the highlights.