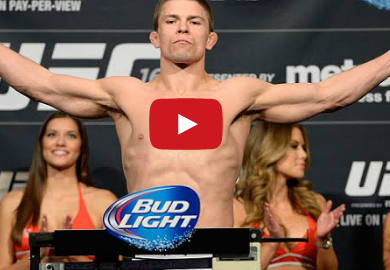 In case you missed the UFC Fight Night Stockholm weigh ins earlier today you can re-watch the event below.

UFC Fight Night Stockholm will be streamed exclusively on UFC Fight Pass, and will feature a headline bout between Gunnar Nelson and Rick Story. The co-main event will be between Akira Corassani vs. Max Holloway.