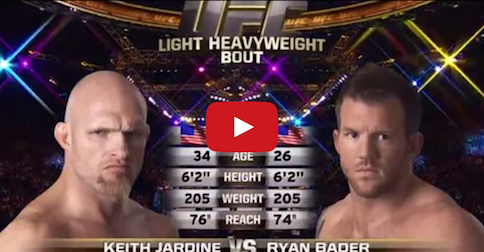 Keith Jardine’s UFC record reads like a Who’s Who of the light heavyweight division’s best. Unbeaten Ryan Bader wants what Jardine has, and to get it, he will have to beat ‘The Dean of Mean’. Bader returns to the Octagon at Fight Night Stockholm where he will take on Phil Davis.