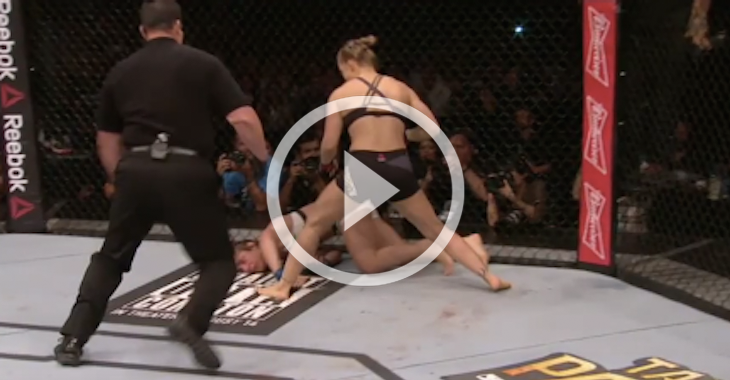 Ronda Rousey proved once again why she is the most dominant athlete in the world when she only needed 34 seconds to knock Bethe “Pitbull” Correia out cold! Correia tried her hardest to bring the heat, but Rousey caught her off guard with some power of her own. Rousey landed a big knee that sent Correia backing up which allowed “Rowdy” to connect a two punch combination. The shots landed right on the button and sent Correia crashing to the canvas, face first. Check out the highlights above!