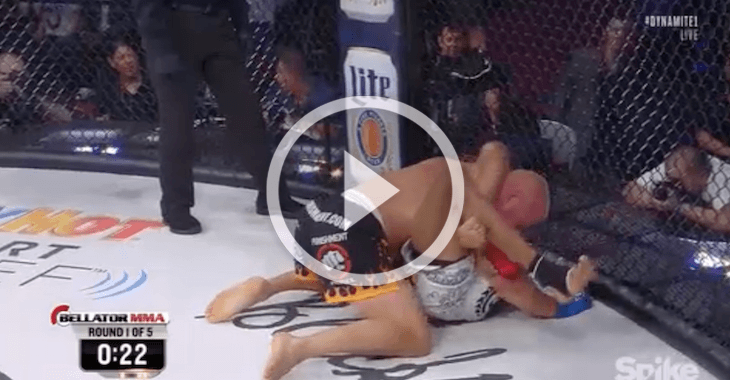 Early on it was Tito imposing his gameplan, getting McGeary down to the mat and working some ground and pound.

Tito looked to advance his position. McGeary tried for an armbar but Tito managed to escape. He was controlling from top position and it looked like it was going to be a classic Tito fight, then he got caught.

McGeary locked in an inverted triangle and forced Tito to tap in the first round.

Check out the finish below!