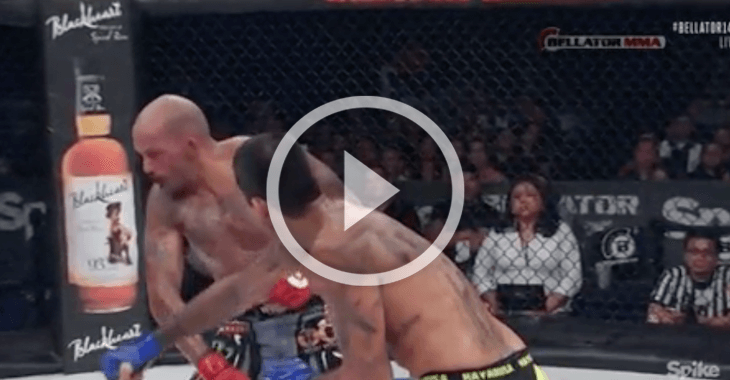 In the co-main event of Bellator 143, middleweights Kendall Grove and Joey Beltran faced off in the cage.

The fight maybe wasn’t some were expecting it to be, for most of it. It wasn’t an all out war full of messy back and forth. Instead it featured Grove utilizing his boxing, and angles to pick Beltran apart.

The fight went to the third, but before it could go the judges Grove uncorked a massive right hand that landed right on the chin of Beltran, who dropped. Grove followed up and landed a few more big punches before the referee stopped it.

Check out the super-slow mo replay!