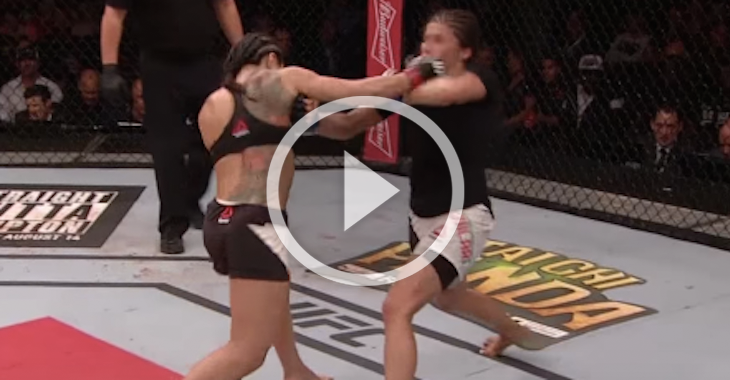 Jessica Aguilar’s UFC debut did not go as she had planned, thanks to Claudia Gadelha. Gadelha systematically picked apart Aguilar for three rounds, taking her down at will and ultimately picking up a unanimous decision victory. The win earned Gadelha another shot at “Joanna Champion”… who do you think will come out on top in that encounter?