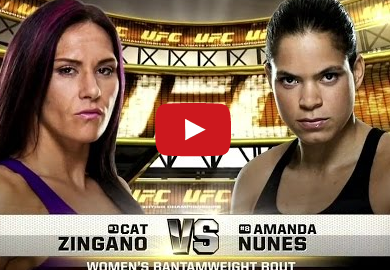 Last night to kick off the Pay-Per View card, ‘Alpha’ Cat Zingano made her successful return to the UFC. In the first round, Zingano was taken into deep waters, but stayed composed and fought back to ultimately pick up the TKO win in the third round.

At the post-fight press conference it was announced that Zingano would next fight Ronda Rousey for the bantamweight title.

Check out the full fight highlights below.