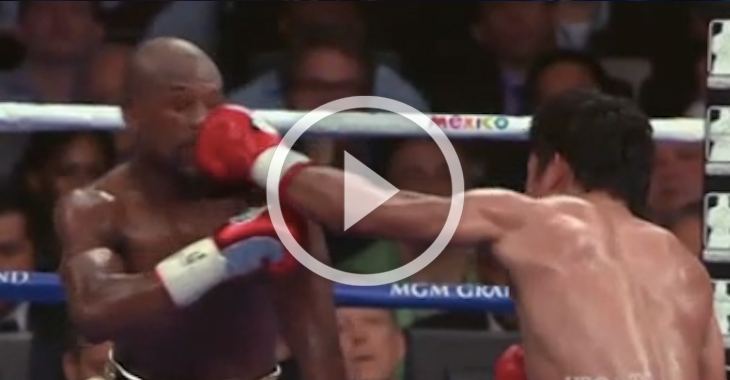 The world stopped on Saturday night to watch the biggest prize-fight of the decade take place. Mayweather stuck to his gameplan and did not let the nerves get to him as he put on a winning performance. Even though he could not finish Pacquiao, the judges’ decision wasn’t even close and had Mayweather several rounds ahead.

That doesn’t mean Pacquiao didn’t land his fair share of brutal shots, though! Pacquiao was aggressive in his approach and it paid off just as much as it backfired.

Check out “Pac-Man’s” best shots from the fight below, thanks to Zombie Prophet from Twitter and Vine!