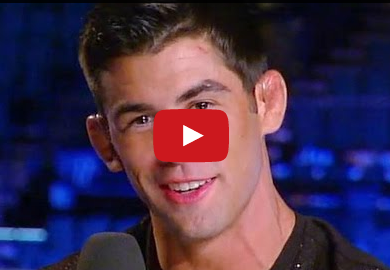 Last night Dominick Cruz returned from a nearly 3-year long absence from the Octagon in dominant fashion to destroy Takeya Mizugaki in 61 seconds.

Cruz said in his post-fight speech that he was looking forward to beating up “Alpha Fails”. An insult directed at Urijah Faber’s “Team Alpha Male”.

Cruz continued his trash talk at the Fox Sports 1 post-fight show. Check it out: