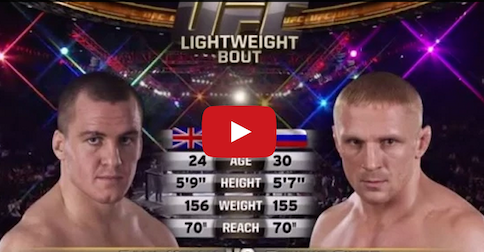 Dennis Siver has always been exciting to watch, but he truly made stride with a TKO of Mohr and then an emotional 1st round over Hart. He’ll go for 3 in a row against Paul Kelly, who’s success as a welterweight has encouraged him to drop to 155 pounds. Don’t miss Siver’s upcoming fight against Conor McGregor at UFC Fight Night Boston on Sunday, January 18th.