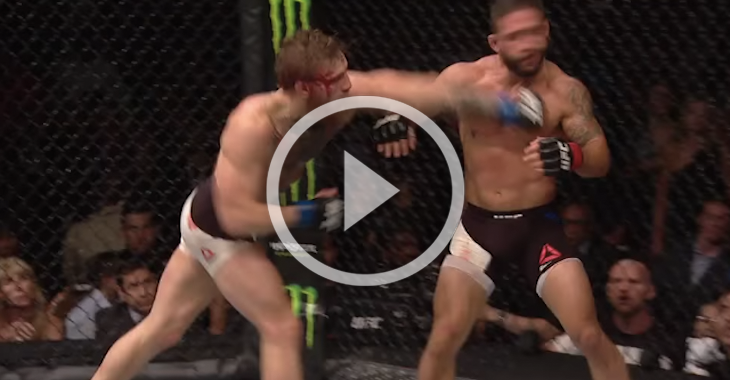 Conor McGregor and Chad Mendes left it all in the octagon when they fought for the interim UFC Featherweight Championship at “UFC 189”. McGregor weathered the storm of Mendes’ takedowns and ultimately dropped the late replacement with a big combination in the second round to secure his spot in UFC history. Catch up with the replay above!