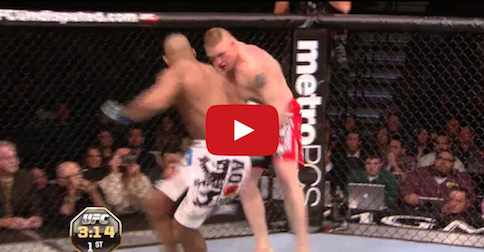 Two heavyweight legends collide in the Octagon again when former UFC Heavyweight Champion, Brock Lesnar, meets former Strikeforce Champion, Alistair Overeem for the first time. With over 500 pounds on the stage, there is bound to be a real power struggle. Catch Overeem’s upcoming fight against Stefan Struve.