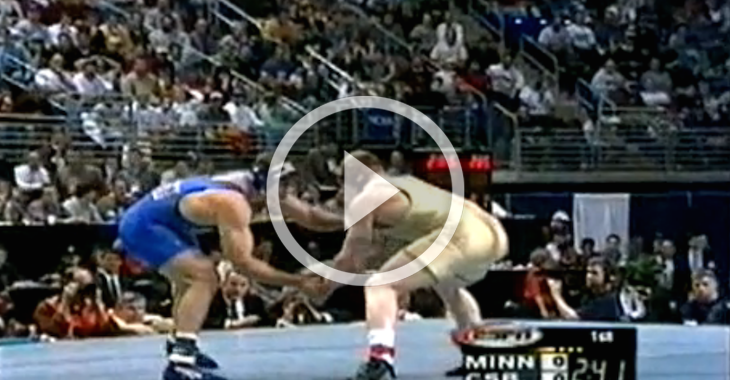 Defending NCAA Champion and 4 time AA takes on up and coming JUCO national champion transfer Brock Lesnar. The 1999 NCAA heavyweight battle not only had an individual title on the line but Minnesota was chasing Iowa for their own team title. Lesnar a recent MMA icon get handled by one of the best HW wrestlers at that time. Lesnar went on to win the title in 2000. Both men went on to be professional athletes that capitalized on their wrestling ability. Neal won a world title in 1999 then went to play for the patriots. Lesnar after spending years in the WWE won the UFC Heavyweight Championship before retiring from the sport.