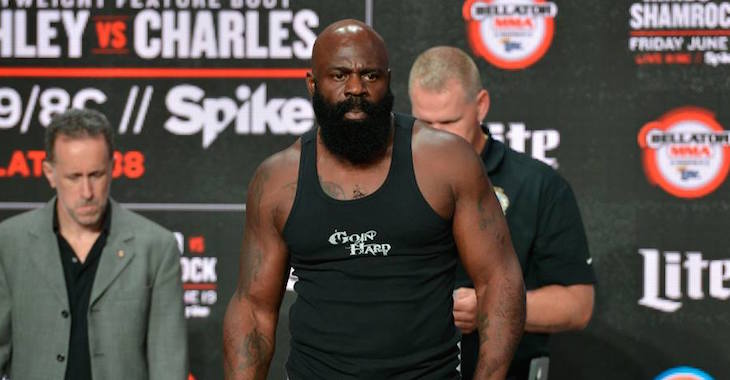 Bellator 138 aired live from the Scottrade Center in St. Louis, Missouri and featured a main event bout between the popular Kimbo Slice and Ken Shamrock. Slice defeated Shamrock by way of TKO in the opening round after nearly getting submitted in the opening minutes of the contest.

The ratings are in and it turns out Kimbo Slice is still one of the biggest draws outside of the UFC. Bellator 138 averaged 1.58 million live viewers during the event and nearly 340,000 viwers on the replay, according to Sports TV Ratings.

This is the largest viewership for Bellator in company history, breaking the previous record of 1.2 million for Bellator 131 which was headlined by Tito Ortiz and Stephan Bonnar’s grudge match.

It looks like we’ll be seeing Kimbo Slice back in the cage after all!