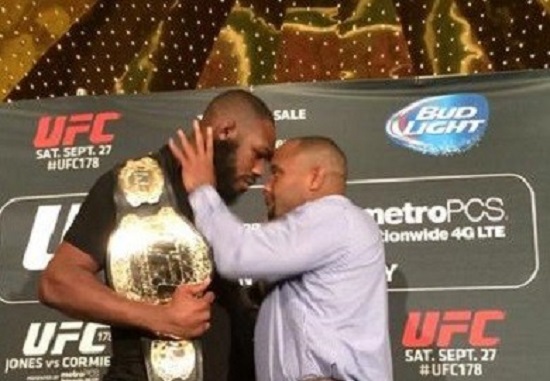 During UFC 181, the UFC aired a promotional video for UFC 182, which used footage from the Jones-Cormier brawl, as well as from the heated exchange between the two men which occurred while they thought they were off air.

Jon Jones took to Twitter yesterday to react to the promo video.