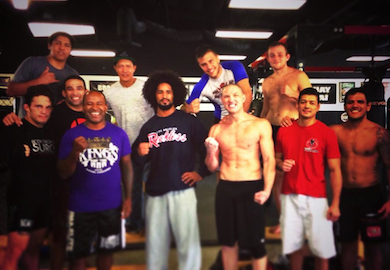 What’s a professional MMA Fighter do when they are forced out of a job and on the sidelines?

If you’re Jason “Mayhem” Miller you go on a multi-month tirade of violence and bad press.

Which is why, for “Mayhem” fans, it’s probably encouraging to see the former MTV host back in the gym and training with one of the best academy’s in the nation. Maybe some long overdue gym time will help the controversial fighter get his feet planted back on solid ground.