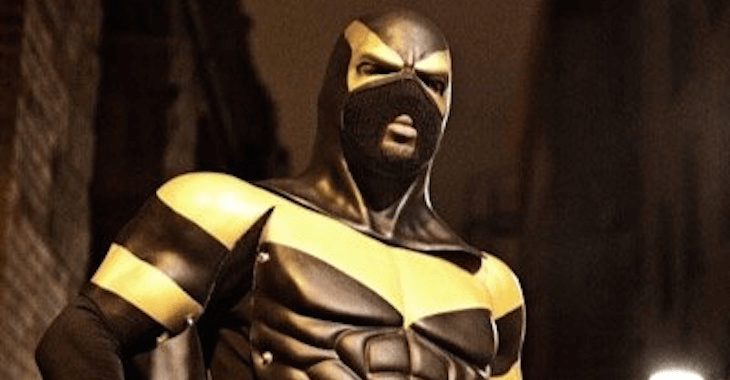 “Phoenix Jones” is as close to a real life super-hero as people will see in the world of mixed martial arts. While some fighters are heroes in the sense of charitable work, “Phoenix Jones” actually patrols the streets at night and fights crime. Ben Fodor is used to dawning the gear to transform into his alter-ego “Phoenix Jones”, but he was wearing civilian clothes on Saturday night when he stopped a murder.

Just a day after picking up his first victory in World Series of Fighting, Fodor tweeted out that he had stopped a murder in Seatlle at 2:30 in the morning.

“This was the first time in a while where I thought somebody was, like, going to die,” Fodor said in a video sent to MMA Junkie.

“In the middle of the fight, I saw a man start striking overhand to another man’s face,” Fodor continued. “At that point, I got closer and saw that he had a gun in his hand. He was pistol whipping a person. The man fell down and tried to get up, and two other people started stomping his face… At that point, I kind of backed up. When they were stomping him, there was three. He gets up, and the guy comes back with the gun. At that point, I came through, and I hit the suspect with the gun, and he went down, and the gun came out. I took off. My friend Nate took off with me.”

Less than twenty-four hours removed from the biggest victory of his career, Ben Fodor was out saving lives. Do you think this kid has a bright future in the world of MMA? Share your thoughts in the comment section below!