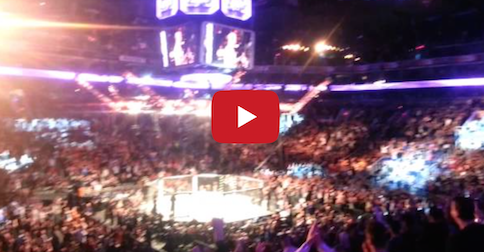 Check out this awesome video captured by a fan in the stands at UFC on FOX 13, where hometown fighter John Moraga captured a victory.

This fan recorded the crowd’s incredible reaction to Moraga’s win, which we can assume as an absolutely amazing moment for Moraga.

While this isn’t as wild as the Irish fans when Conor McGregor defeated Diego Brandao at UFC Dublin (See that HERE), it’s still pretty remarkable.

The finish comes at 15 seconds, check it out: