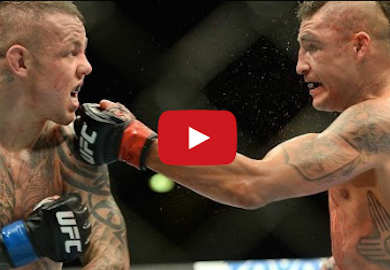 “I was convinced I won that fight pretty easily and it was going to the judges’ decision with Bruce Buffer calling the victory for me. When they called it out, I felt like I was hit by Brazil all over again.”

Pearson on if getting the win bonus takes the sting off losing: “Without a doubt, it takes a little bit of the blow out. Plus, getting all the support from all the fans. The loss is still on my record. It hurts. I went into that fight to finish Diego and there’s still room to improvement, room to get better, there’s still a lot more of Ross Pearson to come.”

Pearson on if he’s upset with the loss on his record: “I’m more concerned about how the UFC, Dana White and Joe Silva saw it. If they were happy and want me to move up, I’m ready for that challenge.