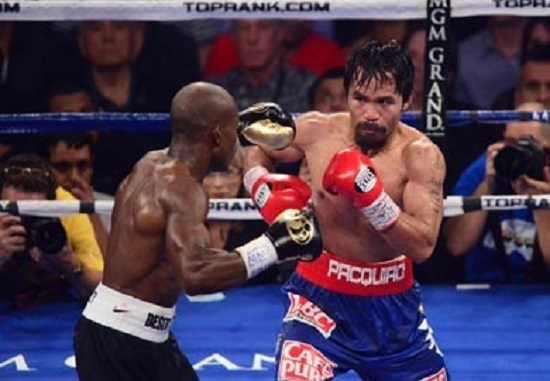 Manny Pacquiao is gearing up for his title defense against Chris Algieri tomorrow night in Macau.

Leading up to the bout, Pacquiao feels the need to silence his critics who think he can’t finish opponents, by finishing Algieri.

His coach, Freddie Roach spoke to media members about Pacquaio with a statement transcribed by BloodyElbow.

“I think deep down he really wants to win by knockout and kinda (sic) quiet everyone down a bit about how he hasn’t knocked anyone out in a while.” Roach told the media. “(Provodnikov) is not Manny Pacquiao. Pacquiao is a much better boxer, much smarter, much more experienced. When Manny knocks you down twice, he knows what to do with it, believe me.”