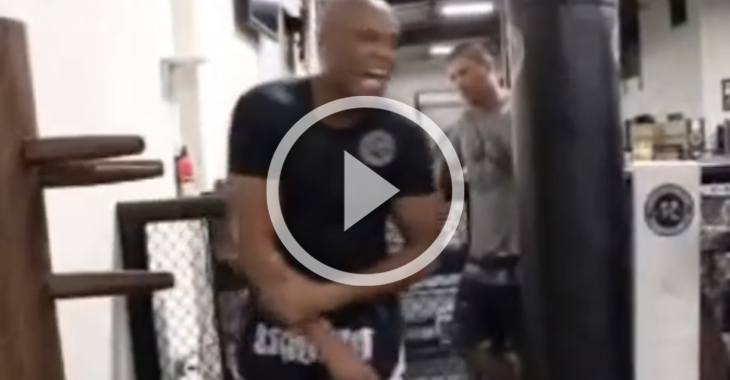 During his reign as UFC Middleweight Champion, Anderson Silva was praised as one of the quickest fighters in the octagon. Whether he was dodging punches or flicking knockout-inducing jabs, Silva was a force to reckon with. Silva may not be the champion anymore, but he is looking to prove he is as good as he once was.

Silva is seen working in the video below on a wooden dummy with several limbs that is used to increase hand speed and awareness. “The Spider” accidentally bashes one of his limbs on wooden bar and pays the price for it.