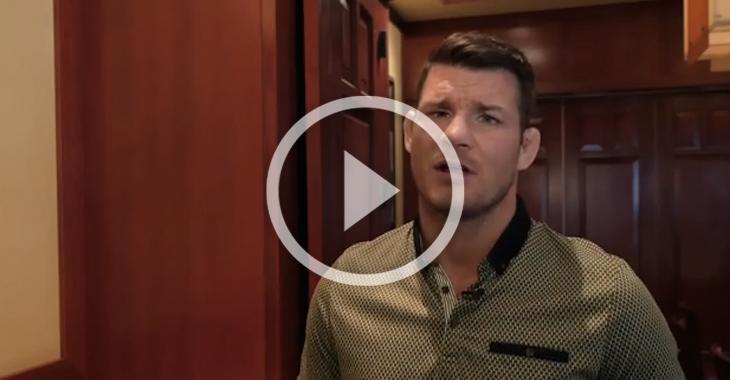 Vitor Belfort will be stepping into the octagon without testosterone replacement therapy against Chris Weidman this weekend at “UFC 187”. Belfort was originally supposed to fight Weidman earlier last year, but Belfort was forced to pull out when the Nevada State Athletic Commission banned TRT.

Belfort racked up some of the most impressive wins of his career with knockout wins over the likes of Luke Rockhold and Michael Bisping. Bisping thinks that now that “The Phenom” is off “the sauce”, he stands no chance at taking home the UFC Middleweight Championship.

“With Vitor off the TRT – off that magic sauce – how’s he going to be?” Bisping told Rick J Lee. “He’s proclaiming to feel younger and he’s better and faster and all this… Listen, it’s still a great fight with a lot of fantastic technique. But I believe Chris Weidman will win that fight.”

Who do you think will walk away with the gold after “UFC 187”?