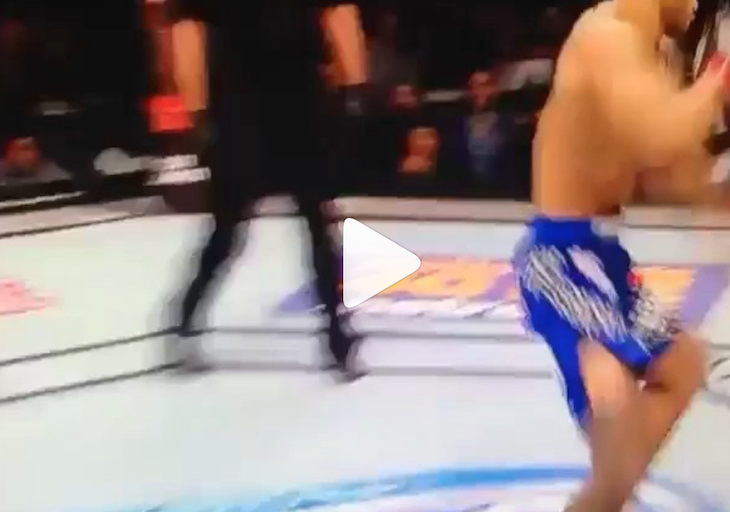 Some UFC 182 viewers may have caught the somewhat bizarre scene in the background during Nate Marquardt and Brad Tavares fight on the main card. In the background, sitting cageside were comedians Ari Shaffir and Duncan Trussell, friends of Joe Rogan.

The pair were apparently seen making ‘Illuminati’ triangle hand gestures throughout the night on camera, and then kissing, as seen in this video.

I deeply apologize for my ridiculous friends and I hope no one watching this just unexpectedly aroused. @arishaffir and @duncantrussell, how dare you.