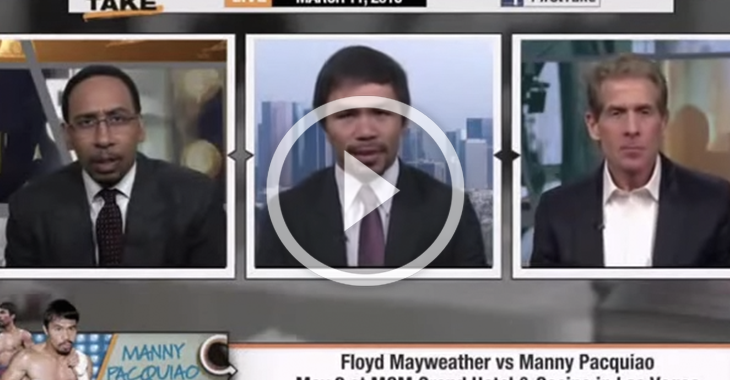 Manny Pacquiao holds nothing back as he disrespects Floyd Mayweather leading up to their bout on May 2nd. Even though Pac-Man’s English is limited, he manages to get just enough out to send one of the hosts of the show into a frenzy!

Mayweather and Pacquiao are set to battle in one of the biggest fights in the history of combat sports. Fans can say whatever they want about the bout happening too late— the fight is going to be amazing and the build-up to it has been second to none.

BJPENN.COM IS YOUR HOME FOR MAYWEATHER/PAC-MAN FIGHT NIGHT COVERAGE ON MAY 2ND