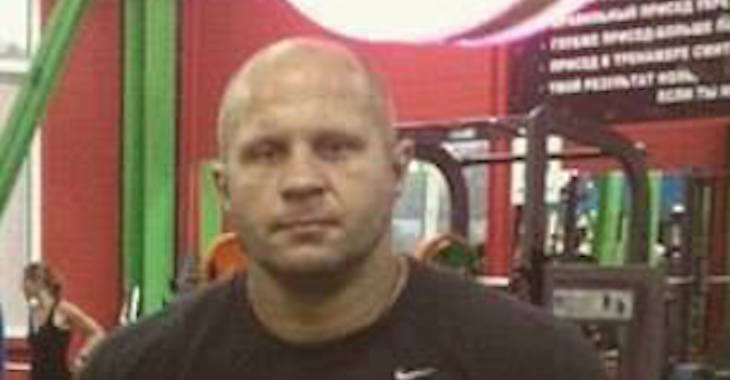 According to a report from Bloodyelbow, “The Last Emperor” is expected to fly over to Amsterdam on November 1st and begin training with the likes of Kirill Sidelnikov, Anatoly Tokov, Vadim German, Victor German, and Alexander Kosarev.

The news was revealed by the vice president of the Russian Union of MMA, Radmir Gabdullin, during an interview with F-Sport.

“Fedor continues to prepare and is in great shape,” Gabdullin told F-Sport on the phone. “Now he is preparing in the Olympic Village with his team. This includes Kirill Sidelnikov, Anatoly Tokov, Vadim German, Victor German and Alexander Kosarev. He had good sparring partners.”

“On November 1, Emelianenko will leave for Amsterdam to train. The show on December 31 together with Fedor will participate other fighters like Sidelnikov, Valentin Moldova, Vadim Nemkov.”

Gabdullin also added that ‘Rizin Fighting Federation’ informed him that Fedor’s opponent will be announced in two weeks. Jaideep Singh has been rumored as Emelianenko’s opponent for the event.

“The Japanese side said that the supposed announcement of the opponent will take place between November 6-8.”

Who would you like to see named ass Fedor’s opponent for New Year’s Eve? Let us know in the comments section below.