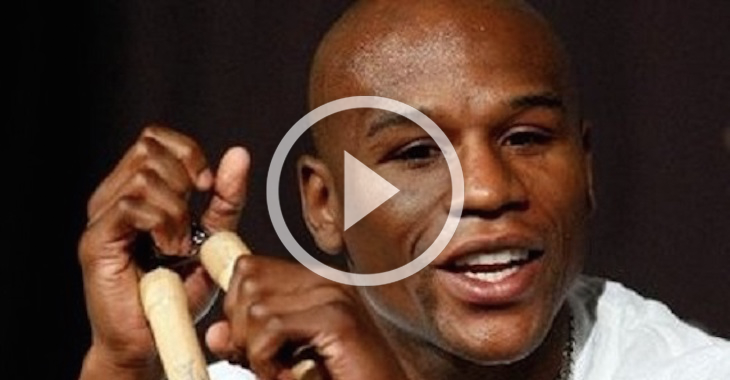 There has been a lot of talk regarding who Floyd Mayweather Jr should fight next in what may possibly be the final fight of the undefeated boxer’s career.

“Money’s” father and trainer, Floyd Sr, recently weighed in on the subject and stated that moving up in weight to fight Gennady Golovkin is not a good idea. His words (via BadLeftHook):

“If GGG can make weight, that would be different, but — no, no, we not fixin’ to fight no damn giant. I’m gonna tell you like this right here. He comes down, he be at 154, by the time he eats and fight that night, maybe 180, you just don’t know, man. People can eat up stuff, man, and hey. He don’t need to fight nobody like that, man.”

Mayweather has fought three fights at 154 pounds in his career, with Oscar De La Hoya, Miguel Cotto, and Canelo Alvarez. He’s 3-0 in those fights, but he also looked very small in stature compared to those opponents.

Who do you think Floyd should fight next? Sound off Penn Nation!