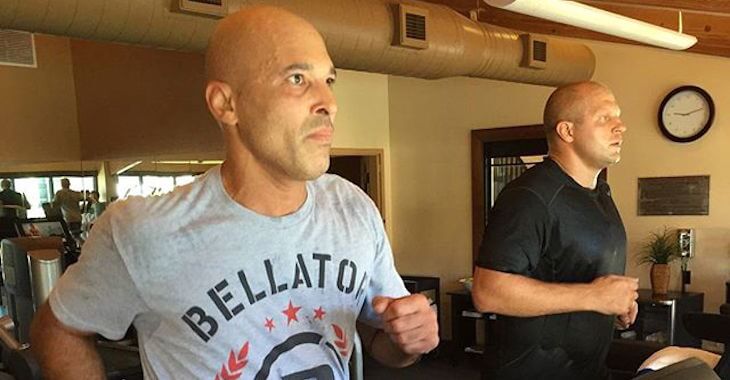 Here’s something you don’t see everyday. MMA legends Royce Gracie and Fedor working out together, trying to keep up with their fitness.

The two greats were in San Jose, CA as a part of the Bellator ‘Dynamite’s’ Fan Fest. Other guests included Randy Couture, Sakuraba, Frank Shamrock and Cung Le.

It was a star studded affair for sure.

Gracie took to Instagram to share a few awesome photos with fans. One with Sakuraba and himself doing a tie-up, one with all the MMA greats together and one of him and his new running buddy, Fedor.