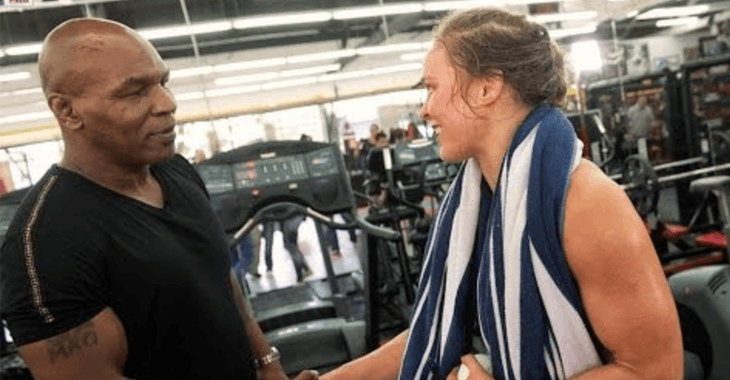 Fans and celebrities have gone on to congratulate Holly Holm on her historic victory to take the UFC women’s bantamweight championship from Ronda Rousey. Former world heavyweight championship boxer Mike Tyson, who has kept busy with shows and appearances following his retirement from the ring has been an avid fan of MMA and revealed who he was rooting for at UFC 193.

Tyson offered some words of advice for the fallen champion who posted a photo to Twitter of himself and Rousey and captioned it, “@RondaRousey a true champ is not defined by wins. You are glorious even still. @danawhite @ufc #ComeBackQueen”

@RondaRousey a true champ is not defined by wins. You are glorious even still. @danawhite @ufc #ComeBackQueen pic.twitter.com/oDygRsrYTF

Rousey has released a statement saying she will take a break from fighting, but will be back. Do you think Rousey will be able to get back to the top after her devastating KO loss to Holly Holm? Let your opinions flow in the comments!