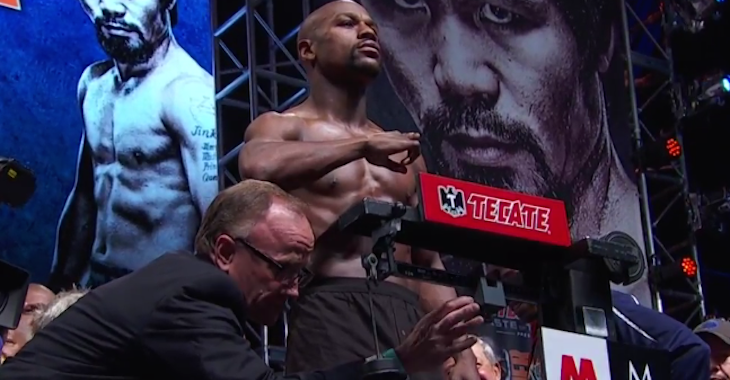 The fighters for tomorrow’s fights took the scale on Friday evening and made their bouts official. Floyd Mayweather Jr. and Manny Pacquiao will officially take place Saturday evening and it is set to smash pay-per-view records. Check out the full results below!

BJPENN.COM IS YOUR HOME FOR MAYWEATHER/PACQUIAO FIGHT NIGHT COVERAGE!