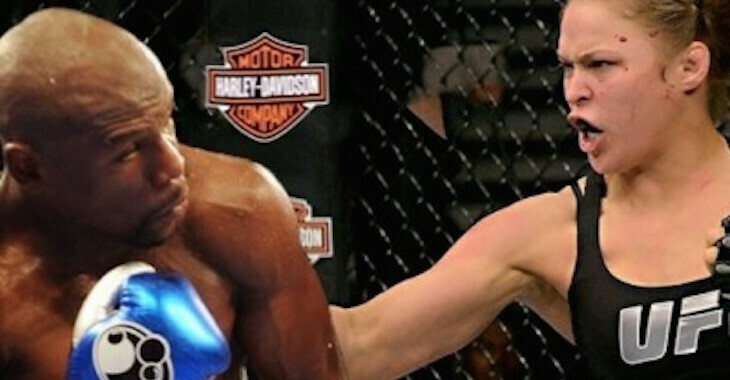 Although Ronda Rousey and Floyd Mayweather Jr. have had their rocky history taking jabs at one another in the media, Mayweather took to Rousey’s defense after her loss this past weekend at UFC 193.

The retired undefeated boxing icon spoke with FightHype and says all the Internet bullies and people that are making fun of her in her loss doesn’t sit well with him.

“I don’t think it’s cool how everyone is trolling her on social media. Certain things you have to learn. People will love you on Friday and then Sunday morning, it’s nothing but negative comments and people making jokes and people making fun about you, which I don’t think is cool. I’ve never been on the other side, so I don’t know how it feels. I’m pretty sure she’s a very, very strong person, but we still have to take into consideration that she has feelings,” Mayweather explained. “Everything happens for a reason. This was already written. Listen, if God says, ‘In Floyd’s career, I don’t want him to lose,’ you know what? I wasn’t going to lose. That doesn’t mean that I haven’t took a loss before. I’m not talking about boxing; I’m just talking about life. When you lose a loved one, that’s taking a loss. I think that everything is just a learning experience. In due time, she’ll be able to bounce back and make some noise again in mixed martial arts.”

It’s a big change of tone for Mayweather who has been known for his trash talk and loud persona. Perhaps now being retired and not having to sell a fight, Mayweather can turn that switch off until he feels he needs it.

What do you think of Mayweather’s comments fight fans? Add to the story in the comment section below!