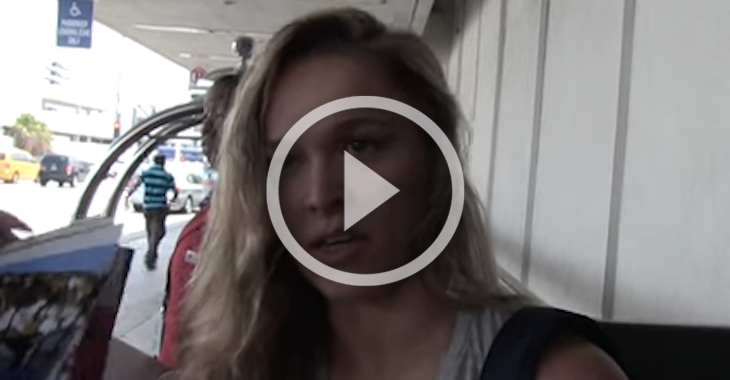 UFC Women’s Bantamweight Champion Ronda Rousey is preparing to defend her title against Bethe Correia at UFC 190 in August, but she had to take time away from training to accept ANOTHER award. Rousey was presented with the ESPY for “Athlete of the Year” and she took a serious verbal-jab at Floyd Mayweather Jr. She previously explained that she made the statement to hype her upcoming fight, but she reveals the real reason above.