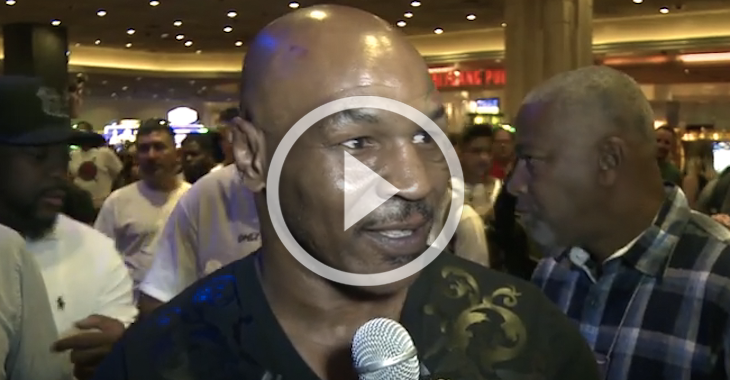 Now that Floyd Mayweather and Manny Pacquiao’s prizefight of the decade is less than two days away, the stars are coming out and throwing in their two cents on the fight. However, when Mike Tyson heard Mayweather’s claim that he was on Muhammad Ali’s level he went off on “Money”.

Tyson stated, “He’s very delusional. If he was anywhere near that realm of the great Ali he’d be able to take his kids to school by himself. Greatness is not guarding yourself from people. Greatness is being accepted by the people.” He continued, “He can’t take his kids to school alone, by himself. He’s a little scared man— he’s a small scared man.”

Does Mike Tyson have a point, or would you pay someone to take your kids to school if you were Mayweather Rich?