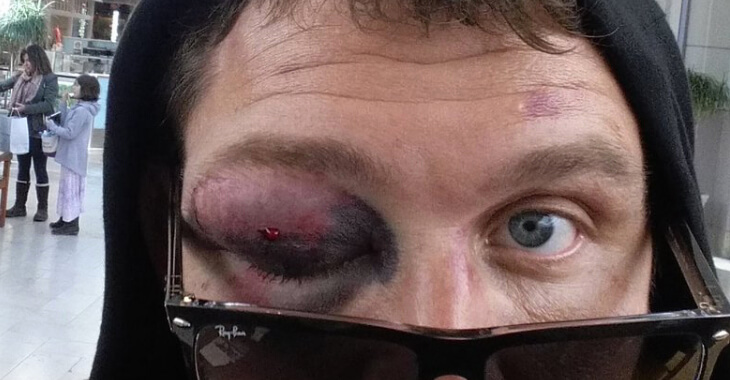 It was a gruesome injury that Matt Mitrione suffered in his controversial fight against Travis Browne at UFC Fight Night 81.

Upon getting it checked by a doctor, Mitrione revealed that he suffered a broken orbital floor as well as a shoulder injury at the hands of Browne in a TKO stoppage, but not before two accidental eye pokes earlier in the fight. While Browne said the pokes were an absolute accident, Mitrione says he believes the injuries would not have happened if the eye pokes did not occur.

Mitrione provided an update to his fans via Twitter on getting his injured eye drained, which looks terribly painful.

Getting my eyelid drained this morning. Was not awesome. pic.twitter.com/LYgrEKlmHc