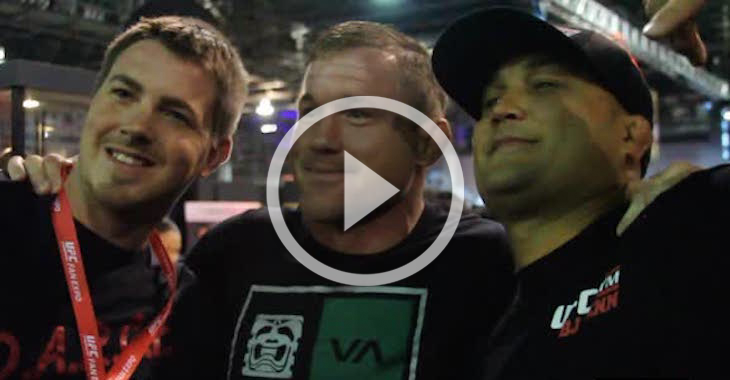 Once bitter rivals, BJ Penn and Matt Hughes have long settled their beef and found their way to friendship.

In this candid clip, BJPENN.COM’s Layzie The Savage catches the two former champions embracing at the UFC Fan Expo, 2015. A surprise for Penn, who was engaged with the fans in attendance.