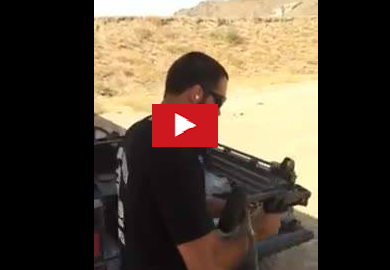 UFC welterweight Matt ‘The Immortal’ Brown is spending some time in the Middle East with the US troops, during the course of his visit he showed his fans videos of himself using high powered military weaponry.

Below is a video of The Immortal firing a M230 Grenade Launcher.

Post by "The Immortal" Matt Brown.
This article appeared first on BJPENN.COM