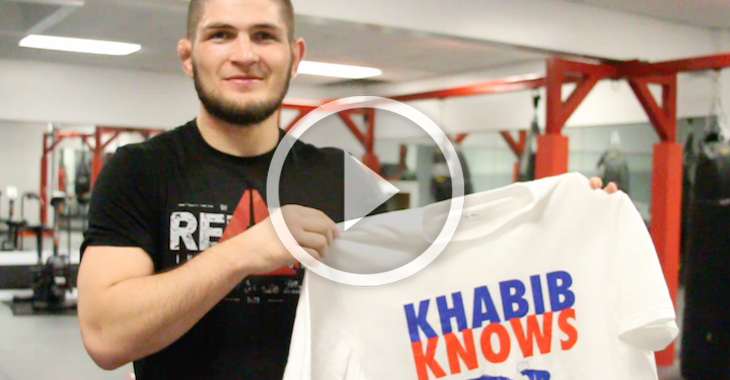 Ever think you know how a fight is going to turn out?

In the sport of Mixed Martial Arts match ups are everything. Fighter A can beat fighter C but not Fighter B, who dominated fighter C.

It’s all part of being an MMA fan.

Top UFC lightweight Khabib “The Eagle” Nurmagomedov has a knack for picking out victors in important bouts. And the undefeated lightweight’s rep was on full  display in this new behind-the-scenes clip shot by BJPENN.COM’s Layzie The Savage.

Watch Khabib, once again, predict the outcome of a fight accurately. This time though, it was last weekend’s UFC on FOX 15 main event between Luke Rockhold and Lyoto Machida. .

Luke  proved Khabib right by stopping Machida in Saturday’s UFC on FOX 15 headliner. Machida, for his part, had never been so dominated inside the cage.