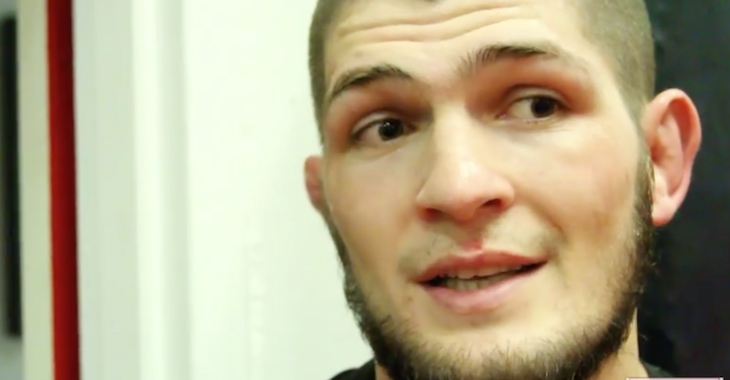 When asked to give his thoughts on the shocking title fight in which the champ, Pettis, was dominated by the challenger, Dos Anjos, for five rounds, Nurmagomedov had this to say.

“He smash him. I think maybe Anthony Pettis done, I think and Dos Anjos smash him, Dos Anjos broke his face and I don’t know.”

When asked to clarify what he meant by “done” he said, “Not retire, but I think he no more champion. I think a lot of lightweight fighters can beat this guy now, his time is done.”

Nurmagomedov of course holds a win over the new champ after earning a unanimous decision victory against Dos Anjos back in April of last year. So, how does he think things will go if he meets him in the octagon for a second time, potentially for the lightweight championship.

WATCH! BJPENN.COM’S LAYZIE THE SAVAGE, TALKS TO D.C. ABOUT “ROWDY” AND SILVA!