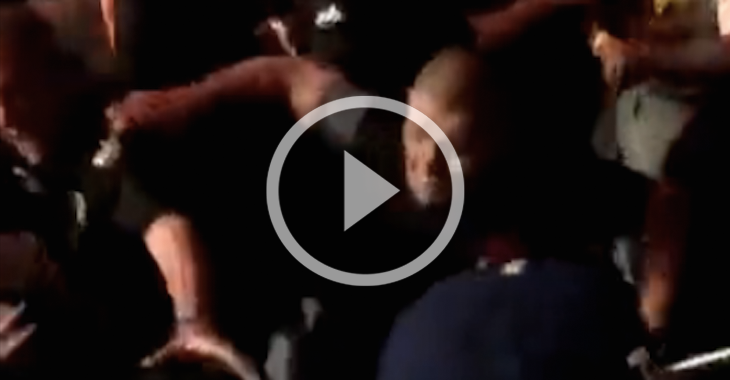 World Series of Fighting 22 was a controversial event to say the least. Rousimar Palhares’ inability to let go of submissions on time infuriated some, but tempers boiled over when Khabib Nurmagomedov and Nate Diaz had an altercation outside of the decagon!

In the video above, you can see Nurmagomedov kick and swing in the brawl before being held back by bystanders. This wasn’t their only confrontation, however; the two crews apparently met again AFTER the event was over.

The altercation caused the WSOF Vice President to ban Nate and Nick Diaz from attending their events in the future. Do you think they handled this well? Share your thoughts in the comment section below!